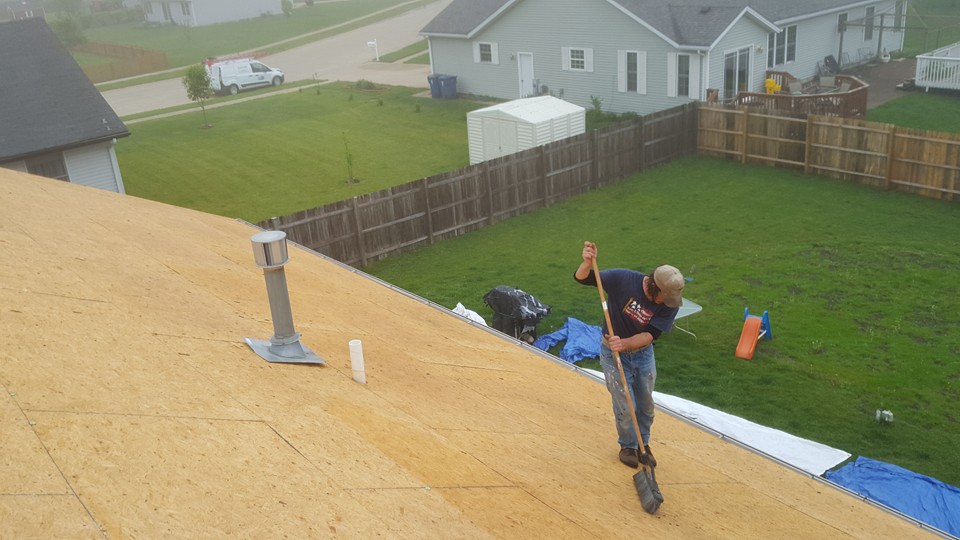 Here are some of the main reasons you could need your roof replaced;

Reason #1: The Shingles Were Improperly Installed

If your roof is fairly new, one reason that you could be having problems with the shingles is that they weren’t installed properly. This could mean that the roofing company only used three nails instead of four or that the nails were driven through the strip of adhesive that seals each shingle to another one. This can cause the nails to work themselves out, which leads to eventually curling.

Reason #2: A Tar Line That’s Not Lined Up Correctly

Each shingle has a strip of adhesive that’s also known as a tar line. If they aren’t installed by someone who knows what they’re doing, these lines won’t line up correctly. Tar lines that aren’t lined up can cause the tabs on the shingles to curl since the adhesive can’t do its job correctly.

However, the most likely reason that your shingles are curling has nothing to do with the roof itself! Instead, the most likely scenario is that your attic is improperly ventilated. Attics need to have vents installed, but do you know why? These vents help move air that’s full of moisture through the attic instead of letting it become stagnant. Moisture rich stagnant air will eventually condense inside the attic and cause the decking to become damp, which leads to mold and loosens the adhesive, causing curling.

You put 25 year shingles on your roof in 1987 and its 2016, most likely it’s time to get another roof. If you notice the granules are missing on the shingles, the shingles are cracked, the edges are curled/cupped or simply the roof just looked old and worn out. It’s time to be thinking about a new roof.

If you are not sure about any of the above, have Neuberg Construction come and do a free inspection and estimate. www.neubergconstruction.com or call 815-383-3794.